Happenings: Salty Water and the Return of Cam

Next, in a different sort of memorial, the City Council proudly accepted plans that will honor the late Ed Redd. Mayor Pro Tem Marsha McLean, who selected Redd to serve as a Parks Commissioner, was very pleased that an engraved photo, scholarship, and dedication of the “Ed Redd Room” at the community center would pay tribute to the beloved commissioner, counselor, and youth advocate.

Delivering the next presentation was Captain Paul Becker. Two meetings ago, Krissy McAfee came forward to speak out against a Sheriff’s Department that she said did little to pursue a drug dealer that she provided tips on. It was this dealer who supplied the black tar heroin on which her son and other young people would overdose. Councilmember Bob Kellar and others requested that Becker investigate the prevalence of heroin in the SCV and look into the responsiveness of the Sheriff’s Department. In response, Becker said “I began an immediate assessment into the scope of the drug problem in our community.” He found:

* “One report after the other” of traffic and pedestrian stops that led to the discovery of “virtually every legal and illegal drug imaginable.”

*There were 3 heroin-related arrests in 2009; there have already been 18 in 2010 (which could be due to more aggressive anti-drug actions as well as increased usage)

In summary, Becker said “There has been an increase in the availability and use of heroin in Santa Clarita.” He identified the abuse of prescription drugs and meth as other important local drug problems.

Becker said that he will work on allocating more resources to schools to stop drug use early. Regarding unresponsiveness to drug tips and individual complaints, Becker said that his department follows up on every call where enough information is given. While studying 25 specific requests from the public relating to heroin, he found there was always a deputy dispatched or other service was provided. That said, Becker lamented the fact that many tips are too vague to legally act upon. Interestingly, he also argued that it's more effective to work “backwards” from an arrest for drug possession than to devote hours of time to surveillance on suspected dealers.

After thanking Becker for his presentation, the councilmembers shared their reports and news. Kellar reminded Claritans that there will be a Memorial Day Ceremony at 10am atEternal Valley.

The Redevelopment Agency portion of the meeting began next. After a conspicuous absence, Cam Noltemeyer was back to speak out against the City’s presentation of the 2010-11 Annual Operating Budget and 5-Year Capital Improvement Program. Specifically, Noltemeyer wished that the City Council would present information on the budget and capital improvements to the public rather than simply dismiss staff presentations. She argued that Claritans might like to know that the library, for example, will gobble up $19M and that the Redevelopment Agency owes the City some $18M. City Manager Ken Pulskamp replied by saying that the City has been successful at securing a number of grants, and all the spending that will take place is responsible and beneficial to the community. For someone always ready to deliver good news, one might think Pulskamp would smile more.

On the Consent Calendar…

Item 5: No Limits
“Politics are a little like underwear; to remain fresh, they should be changed quite often” said TimBen Boydston. While a bit awkwardly-phrased, his point was clear: abolishing term limits for City Commissioners could lead to the same few people serving again and again, especially since they are appointed by a City Council where the same few people serve again and again. Cam Noltemeyer echoed his sentiments, saying that the City was eliminating the 3-term limit rule in order to keep the same Planning Commissioners. All but one of its members (i.e., Trautman), she said, uncritically accept all projects and make things very easy on developers.

These were points that the City Council (minus Bob Kellar) was not willing to consider. Ender, Ferry, McLean, and Weste all observed that they, as councilmembers, could act responsibly in determining how long commissioners should serve. Councilmember Frank Ferry noted rather gleefully that appointing commissioners was a "political appointment” and one of the perks of winning a seat on the City Council. He apparently wants Tim Burkhart, who will soon be termed out of the Planning Commission, to continue to serve the developers…I mean community.

So with everyone’s vote but Kellar’s, the elimination of term limits for commissioners was passed to a second reading. Everyone at City Hall can now grow even more comfortable dealing with each other, when a healthy distrust and unfamiliarity would clearly keep everyone more alert and critical.

Item 11: $1.50 for Open Space
Not so long ago, the City of Santa Clarita appeared to overwhelmingly support a $25/year tax that would go towards securing open space. In fact, 8 developers had a big share of the vote, so it appeared to have about 11% more support than it actually did[2]. After no increase last year, this year the City could add another $2 to the annual assessment.

Alan Ferdman said that the Open Space District is spending $421,000 a year, and at that rate, no additional money is needed to ensure a surplus. Ken Pulskamp responded by saying that there will be some important purchase opportunities available because of the bad economy, so it’s important to have enough money to act on these chances to buy up pieces of land that will complete the green belt. He then offered up a steaming platter of verbal bullshit, saying that the developers didn’t really influence the outcome of the open space assessment (when they had 25% of the vote) and that the first acquisition of East Walker Ranch is “being widely used” (by me, perhaps—I’ve been there six times—but I’ve never run into anyone else except some ex-army guys who car-camped in the tiny parking lot for a week.)

It was embarrassing that the City Council ultimately approved raising the fee by $1.50. If one wanted to make a stand on principle that we shouldn’t increase taxes unnecessarily, one should have voted “no” to any increase, like Bob Kellar. If one thought the money would do a lot of good, one should have voted for the full $2.00, like Frank Ferry. But instead, we got a bizarre compromise of $1.50, an embarrassingly meaningless gesture that saves Claritans two quarters a year on the assessment. Ferry said, chuckling, that he hopes Lynne Plambeck saw that he voted to fully find the Open Space District.

Item 18: Is that Chloride I Taste?
This item offers a good example of a general principle: people will gladly invest a lot of time and energy into studying an extremely boring, complicated issue so long as a lot of money is at stake. And a lot of money is at stake. Each Claritan household stands to pay hundreds more per year in order to treat high chloride levels in discharged water. Apparently, the chloride is hurting the Santa Clara River and Ventura farmers.

Steve Maguin,the General Manager of LA County’s Sanitation Districts, presented on the topic. He was absolutely annoying in his vagueness. He said that the deals Santa Clarita has worked out with regional and state districts and other political bodies to “minimize” fee increases could all disappear if the wrong information is shared with the public or the wrong action taken by the City Council. This made opposing the increase very tricky.

Marsha McLean, who is never afraid to dive into the minutiae of big, complex problems objected on several counts: (1)There is no transparency in how the state agency makes its decisions about tolerable chloride levels, but we are beholden to them (2)There was no scientific study completed to determine if it was high chloride levels or something else affecting crops in Ventura, so chloride levels are basically being dictated by some farmers and their lawyers, and (3)We’re being forced to pay a lot of money in order to treat water that’s given to us salty; the State can legally send Santa Clarita water that Santa Clarita couldn’t legally discharge because of such high chloride levels. Worse, we are left with exceedingly few options on how to fight against the fee increases despite the fact that they are assessed without any scientific rationale. We’re justified in fighting against them, but if we do, we’ll lose the deals that have been negotiated to date. Concluded McLean, rather hopefully: “When people put our backs up against the wall we tend to push back, really hard.”

The many public speakers on this topic all opposed increases in fees by the sanitation district. The City Council was quite sympathetic. Laurene Weste said “I’d give up eating them!” of the Ventura avocados and strawberries that farmers claim are being damaged by chloride.

After a lot of back-and-forth, it wasn’t clear what would happen at the meeting on chlorides this Thursday.

The water discussion concluded at 10:30pm, and you can get more details on it at SCVTalk[3]. Thereafter, the City passed to second reading an ordinance that will allow it to more easily influence projects that are likely to be annexed into the City of Santa Clarita, but that will also make it easier to annex developments that don’t meet City standards. Ken Pulskamp highlighted the former part, Cam Noltemeyer highlighted the latter.

Finally, during a Public Participation session that included comments about development along McBean, Frank Ferry identified “a very dangerous thing” called “developmental terrorism.” Ferry claims that people are stopping projects before they even get presented to the Planning Commission because they are so opposed to all growth in Santa Clarita and are using an anti-growth stance to get political power. Ferry prefers using a pro-growth stance to obtain political power, so this upsets him. (He all but said “TimBen Boydston” and “David Gauny" during his tirade.) Essentially, if you oppose a project that sounds much too big for your neighborhood before the planning commission has had a chance to weigh in, you are a terrorist. Classy. Ferry concluded by advising developers to file libel or slander lawsuits against certain parties for opposing their developments with lies.

The meeting ended a bit after 11.


[1]The Agenda
[2] Open Space background
[3]SCVTalk coverage
Posted by A Santa Claritan at 8:43 AM 3 comments: 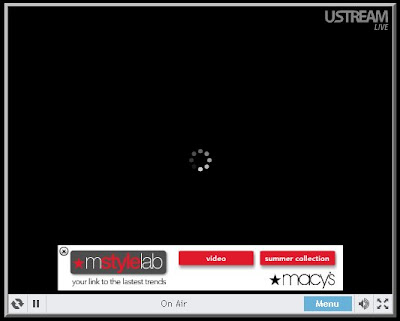 The City Council meeting scheduled for this evening is not being transmitted successfully (see above). On SCVTV, there is nothing but a black box, and I have finally come to terms with the fact that nothing resembling a City Council meeting will emerge from its inky depths.
TMS never does a very good job covering these meetings, tending to report on them two days late and without much detail. Thus, I'd recommend KHTS for the City Council information you desire.