2014 Election in a Nutshell

There were many firsts and lasts, highs and lows in 2014's council election. But the most important record is a disappointing one, as we saw the lowest voter turnout ever recorded in a Santa Clarita City Council election. The figure below depicts the rather troubling proportions. You might summarize it thus: Laurene Weste was able to finish in first place because about 1 in 20 eligible voters decided to give her a vote. 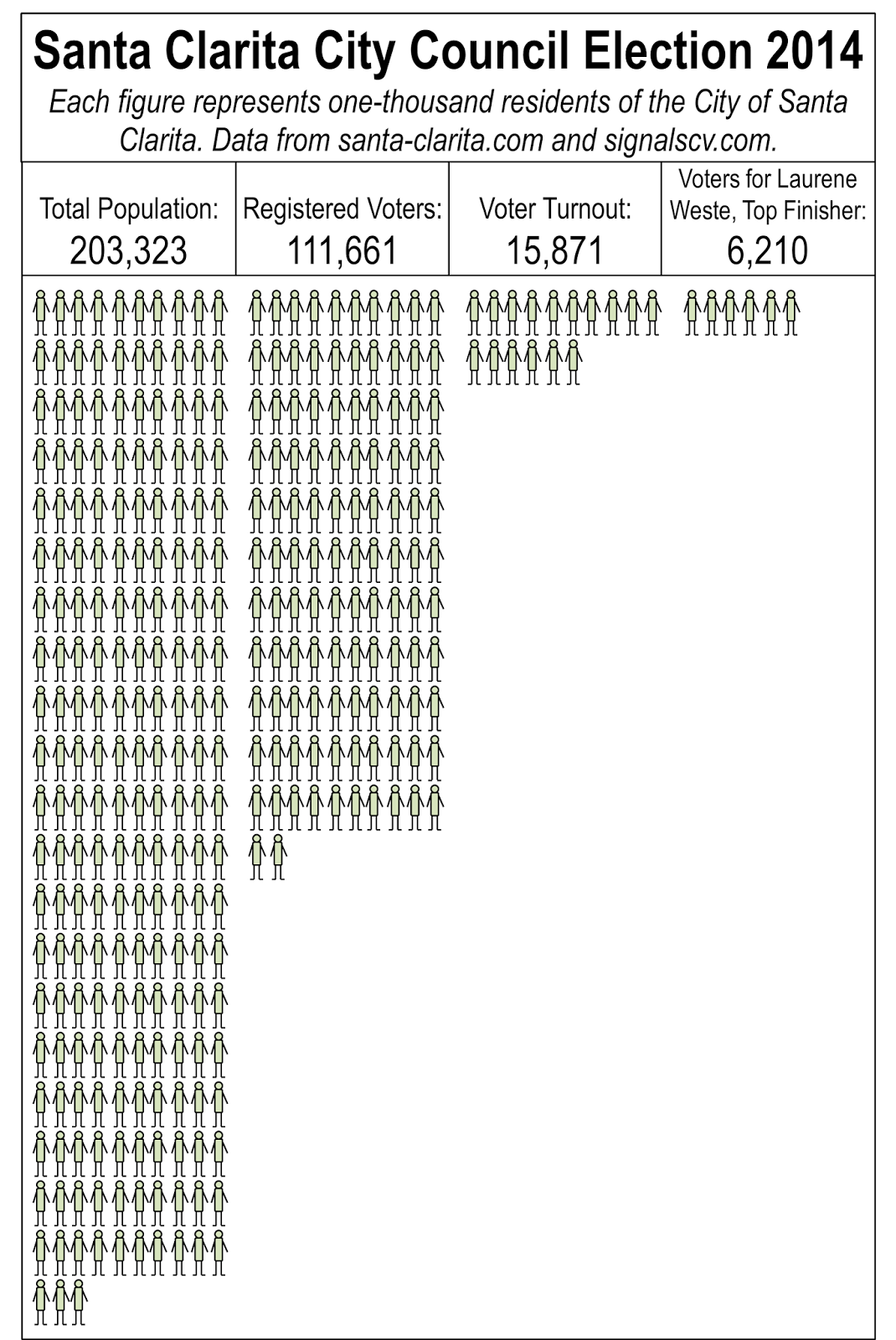 Posted by A Santa Claritan at 1:17 PM