The Woman's World that is SCV Politics

It’s election day, and in the grand tradition of making predictions that others will grumble about, I’m going to guess the top 4 finishers in order: Marsha McLean, Laurene Weste, Gloria Mercado-Fortine, Maria Gutzeit. Hardly a bold prediction, I know, but it’s based on more than just my gut: it’s the result of a model built from past election results. The data clearly show that the strongest predictors for success in council races are incumbency, funds raised, and sex. The power of incumbency and fundraising are obvious, but you may not know that women routinely fare better with the Claritan voter.


Female candidates averaged more votes than male candidates in 9 out of 11 elections.  2004 was excluded from this chart because no women ran that year. 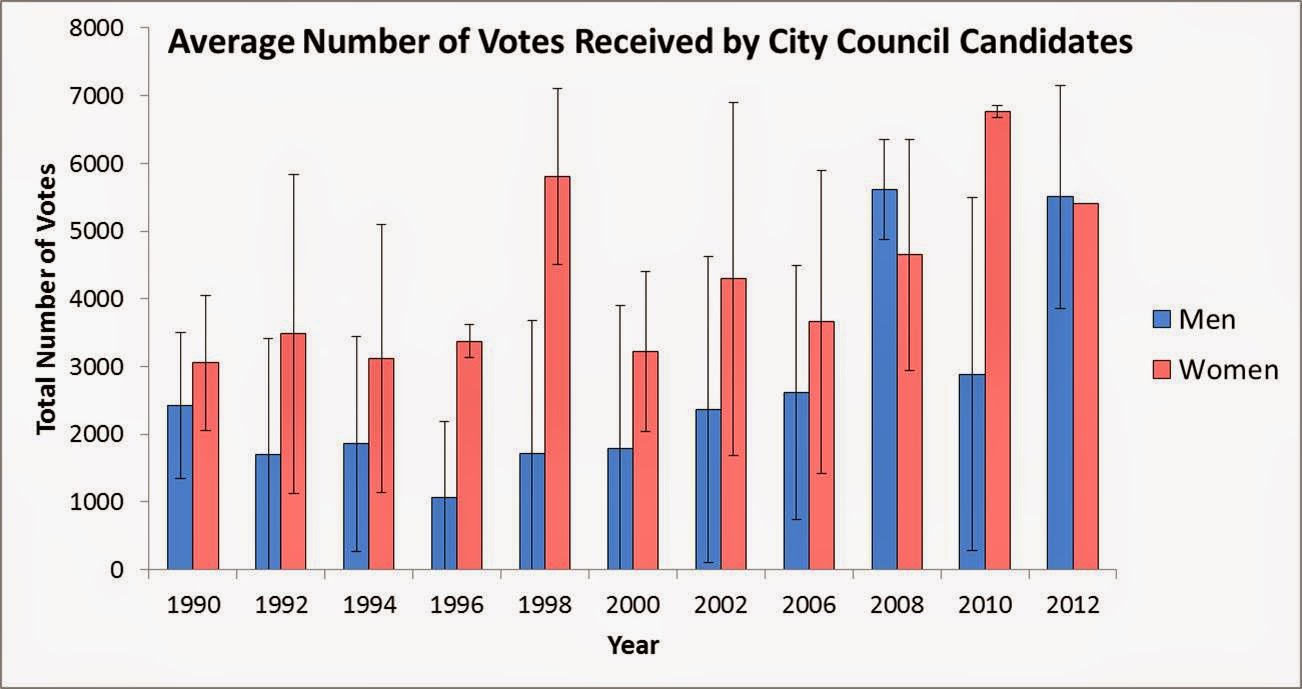 Of the 30 worst election performances, only one was a woman. If you divide the number of votes which a candidate received by the total number of voters (i.e., share of vote), many have failed miserably. But nearly all of these failures have been male. 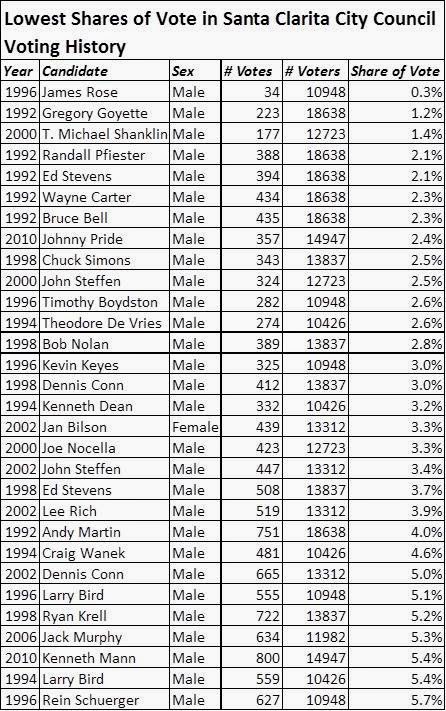 In terms of total number of “term years” on City Council, women have served 50.7% of them. Half seems right, but consider that only 35 women have run for council compared with 90 men. In other words, women run at just one-third the rate that men do, but they have served on council just as often as men have.[2]

Of course, weird things still happen. Mayor Laurie Ender was unseated in 2012, when two X chromosomes proved little defense against TimBen Boydston. And it's Cameron Smyth, not a woman, who is the all-time most successful candidate in Santa Clarita election history. But those events were exceptional. If the results of tonight's election are of the routine sort, then the guys who are running have their work cut out for them.
[1]You can find past election results here: http://votesantaclarita.com/past-election-results/
[2]SCVHistory has a helpful page documenting changeover on the City Council. http://www.scvhistory.com/scvhistory/citycouncilmembers.htm
Posted by A Santa Claritan at 2:27 AM